Today has been an awesome day. Fact.

24 kids playing tennis, having fun with friends, scoffing strawberries and all going home with prizes, certificates but more importantly smiles on their faces.

10am meant one thing. An orange ball event for the first time. BOOM -we smashed it.  It was fantastic to see so many excited kids, dressed in their all whites eagerly anticipating the tournament. For a large percentage it was their first ever ‘tournament’. 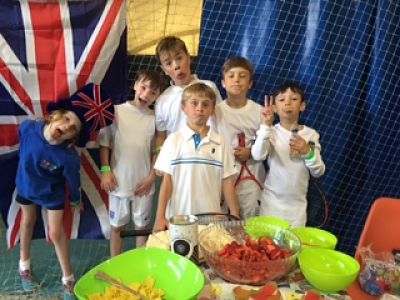 My aim was simple. I wanted to show that competing can be a really fun part of tennis, regardless of results and that’s why the format is about collecting as many points as you can not the number of wins.

The all whites dazzled and so did the tennis, all players a credit to themselves with serving, line calling and score keeping – all vital aspects of a tennis match! Congratulations to Harley Harrison who was crowned champion. 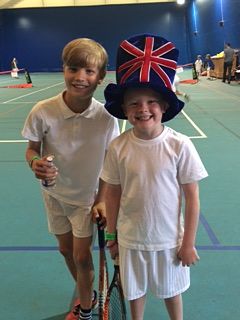 Well done to all!

2-4pm was the turn of the full ball players. The sun shone (a bit), the wind blew (a lot) and serve and volley seemed the pattern of play of the day! 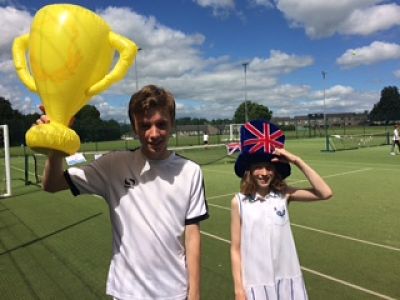 Some excellent tennis was on display in tricky blustery conditions, the importance of good footwork and not planting the feet too early were magnified. Tactical play was under scrutiny as the players worked out how to use the wind to their best advantage. 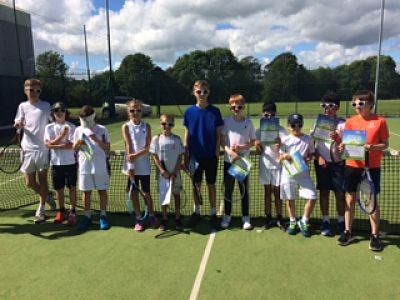 T -shirts were awarded for ‘shot of the round’ – special mention to Ariyan for a diving volley and all matches were played in a fair but highly competitive manner. Will Jepson was crowned champion.

The sunglasses that were awarded as prizes to all involved could justifiably be worn as the sun continued to shine on a fun, sociable event!