For the last 17 years the 4th week in July has only ever meant one thing – County Week. I made my debut in the senior Lancashire team aged 14 at Division 1 – in at the deep end!

The 121st Summer County Cup event takes place at 13 different grass court venues. This doubles only event saw 40 counties battle it out for promotion and avoid relegation from their respective groups. Six counties (per gender) in Group One will battle it out at the end of the week to see who will be crowned County Champion. COME ON LANCS! 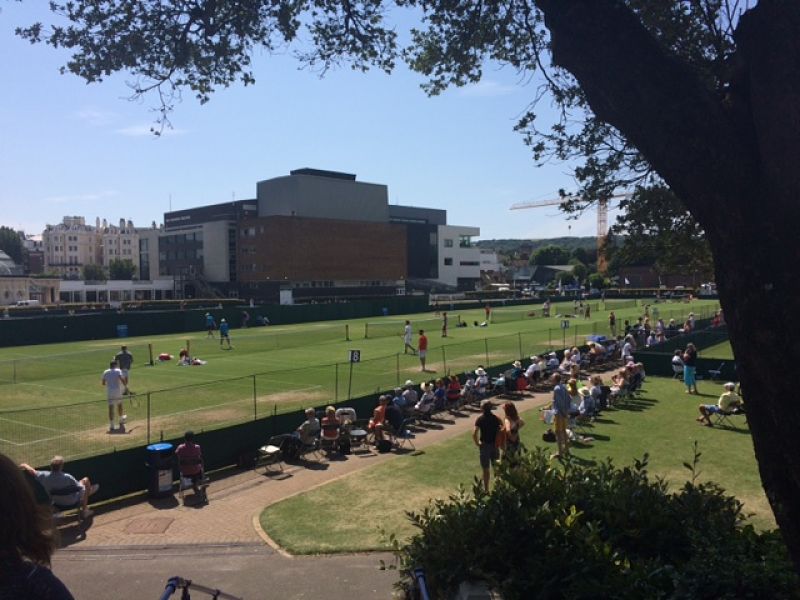 Each day we played a different county, 3 pairs playing 3 matches a day (that’s alot of tennis!) and this is how it went……………….

Lancashire v Surrey (defending Champs and Champs again). I partnered Sabrina as usual. Beena is 2 years into a tennis scholarship at Texas Tech University. We are an unusual combo as we are both lefties! We lost our first match but by the end were starting to find our feet with the grass and our timing. This was my first competitive match since this event last year, little did I know this would be the only match we would lose all week!

We lost overall to Surrey 7-2, Sabrina and I won our next 2 matches including over a former top 100 player Mel South, who had played in the invitational doubles event at Wimbledon against Navratilova 2 weeks ago. This boosted our confidence for the rest of the week and gave us some momentum! 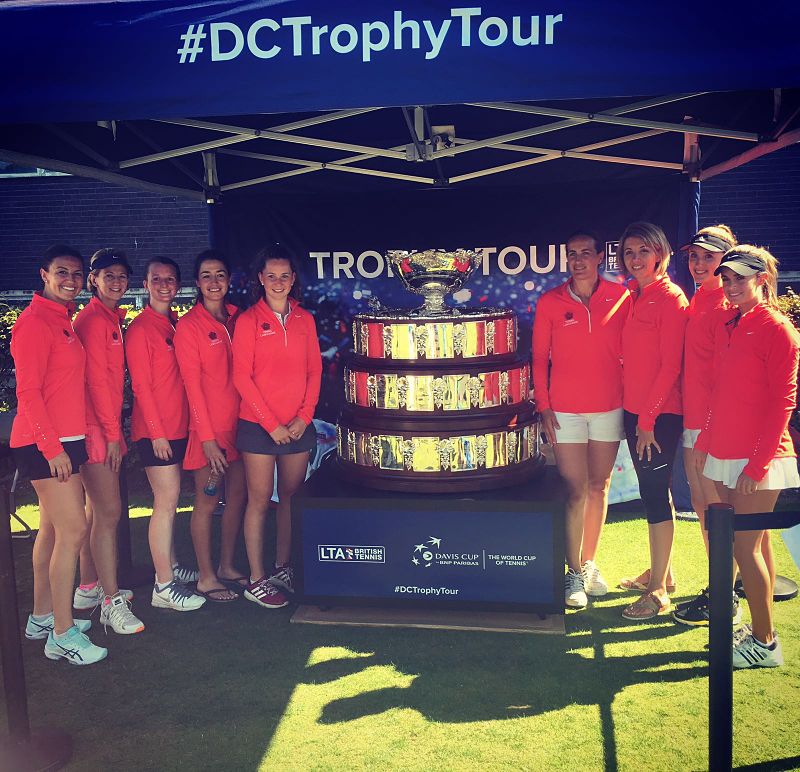 We played Norfolk and won comfortably 6-3. The weather however was anything but comfortable. The physios measured the on court temp at 34 degrees. Shade was at a minimum, I had an ice towel in between ends on my neck to cool my core temperature. My wrist had to be strapped as I strained my tendon.Coaching is one thing, the tension of the matches is quite another! I won my first 2 matches, the match score was 5-1 after the 2nd round so I was subbed off to rest and for physio treatment….and perhaps an ice cream. 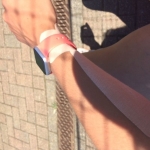 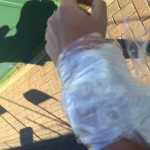 The weather was so hot the physios advised us to put salt sachets into our energy drinks and make sure we spent at least 12 minutes each night in the sea to aid with muscle recovery. I can’t tell you how much this helped my legs! 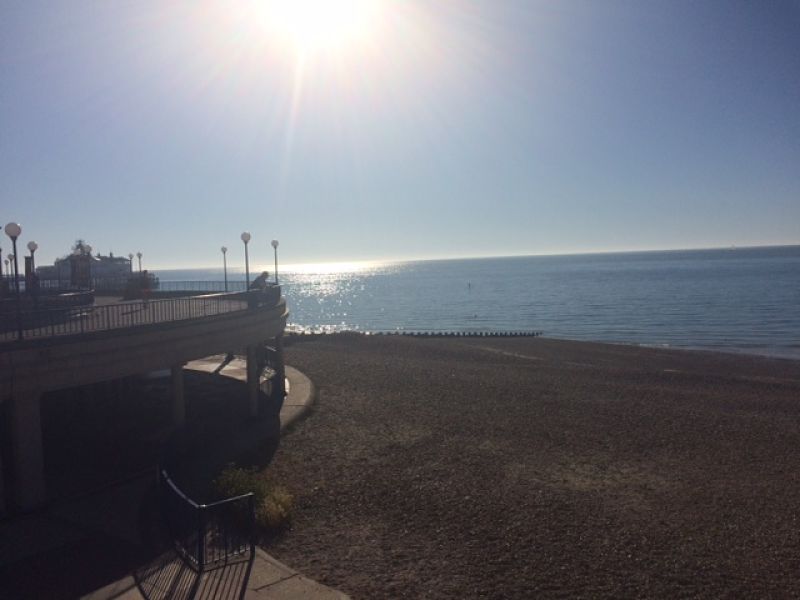 Natures ice bath! Helped so much with muscle recovery.

Buckinghamshire. The weather thankfully was cooler but unbelievably windy.  This was an important day for our survival chances as we had both beaten Norfolk and lost our other tie. Sabrina and I were hitting our stride as a partnership and we won all 3 of our matches, including a tough battle v Bucks first pair in the video. You can see and hear the wind!

Kent. My body was starting to feel tired! Sabrina and I won our 3 matches but all were battles. We came through a tie-break in our first match and were 4-0 down in the second set in our final match but won 6 games in a row to take the set and the match. If counties are equal on number of days won, it goes to a count back to rubbers won so every match we could win we knew would be vital. Overall we lost a heartbreaking 5-4 but had secured a good number of rubbers. 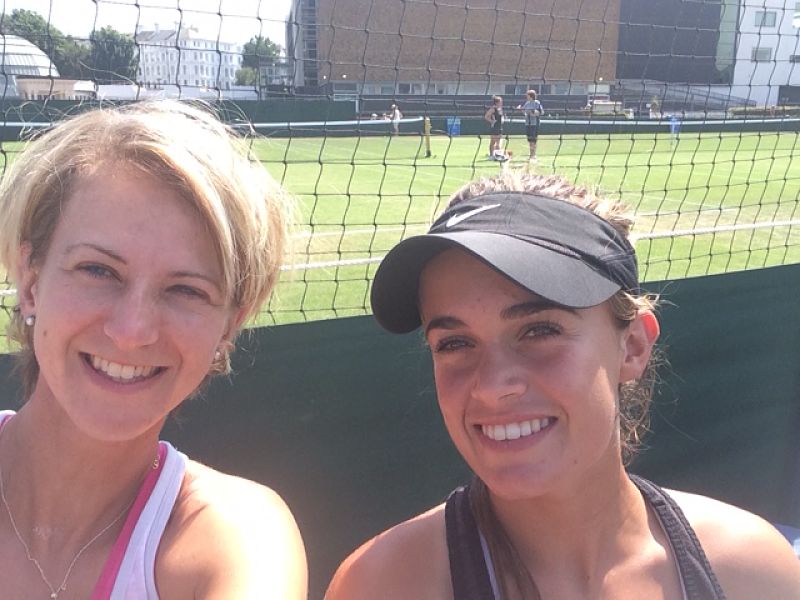 Sabrina and I. 10 wins from 11 matches. Lefty Lefty combo getting it done!

Warwickshire. Lancs had won 2 days and were now ‘safe’ in Division 1 – this was our goal and it took everything I had to be part of making that happen.Sabrina and I had won 10/11 matches and played some awesome tennis.  The physios recommended me not to play as my right abdominal was now also taped and my right groin was strained as it compensated for my stomach. I was subbed off and spent most of the morning in physio.

Warwickshire were also safe so it was a dead rubber and after 2 rounds we conceeded as others in the team were beginning to struggle physically.

County week is a major highlight of my year, I love to compete and now don’t often get the chance to. I also catch up with team mates and friends from other counties, I love the banter of it and the physical and mental toughness needed throughout the week. Northern grit definitely plays a huge part. 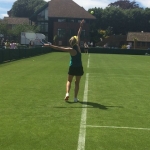 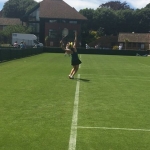 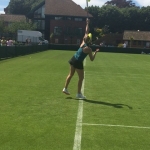