My goal is to share my professional tennis experience to unlock the potential of junior and adult tennis players, maximising their performance and nurturing their love of the game.

I love all sports. But tennis has always had the edge. I started when I was 6 and I’m not done yet. I’m addicted and my parents are cool with it.

When I was 9, I got my first Lancashire tracksuit and I have had a new one each year to date. I finished my education at Clitheroe Royal Grammar School and had a place at Loughborough University to Study Sport and Exercise Science with a tennis scholarship – which I deferred.

I took one year out to concentrate on playing full time tennis. I gained my first professional singles world ranking in less than a year –  in Edinburgh which would become my most successful venue winning a consecutive hat-trick of titles. I decided to stop calling it a gap year after a decade!

I was fortunate enough to travel the world playing on the professional circuit from the freezing conditions in Canada to the scorching heat of Australia and all time lines and less glamorous venues in between.  I lived out of a suitcase, I slept in airports and I earned my stripes.

My drive, perseverance and increased ranking led to my personal highlights- competing at Wimbledon qualifying in both the singles and doubles, representing England in the Four Nations but also the people I met and experiences I had along the way. I have played tennis in 6 continents, in full stadiums and in front of no-one. I’ve arrived in foreign lands when my racquets haven’t and I’ve sprinted for balls, trains and planes. 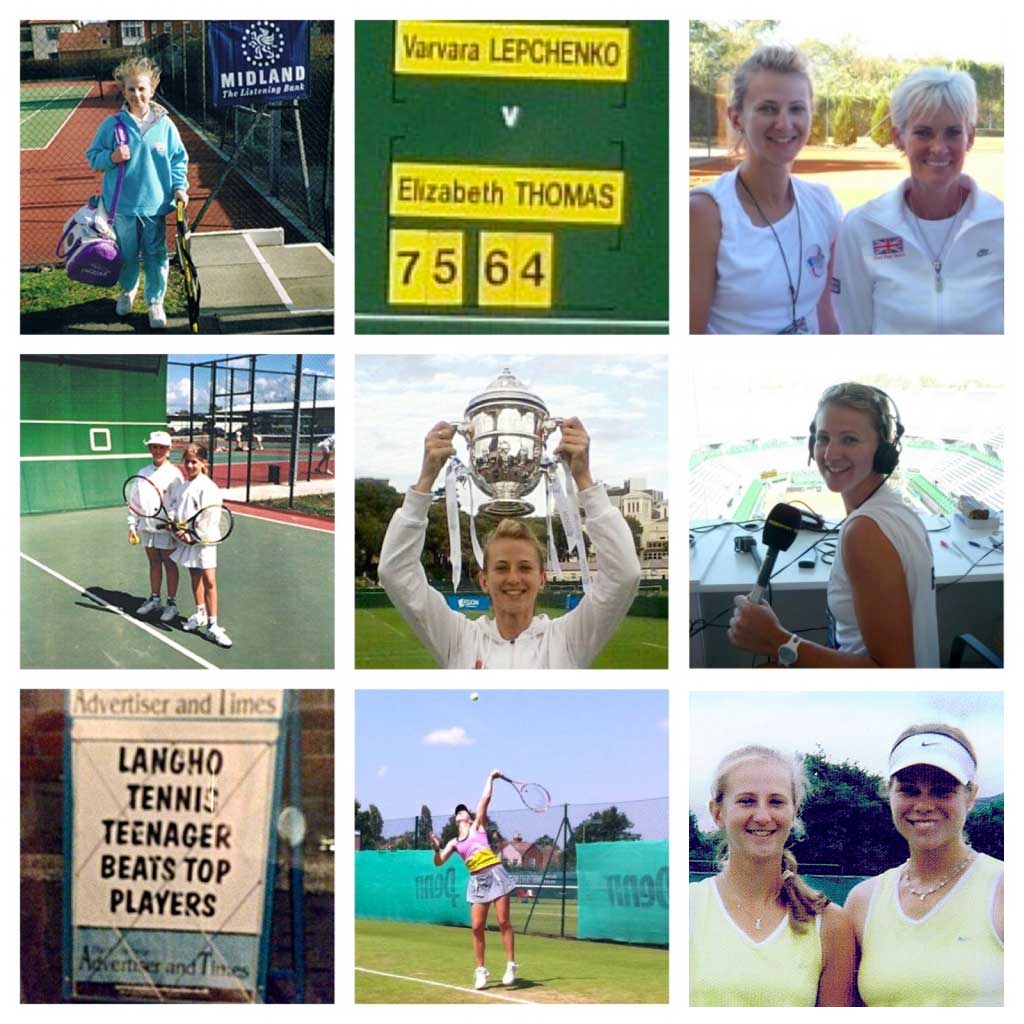 I have turned my passion into my profession and I love to coach, teach and train tennis. So whether you are a beginner or a budding champ I know I can help you step up your game and have lots of fun too!

Liz has done a great job of using the experience she gained as a professional player to help her develop into a very effective coach.

She has a lot of passion for tennis, and brings a head full of creative ideas to help players of all ages and levels learn and develop in a way that sticks.

Liz has a world class tennis mind and is tireless in her commitment to helping her players benefit from her knowledge and experience. She is very skilled at making sessions fun as well as informative for her players.

Any junior or adult who has coaching from her will come out of the session not only better technically but also loving tennis which is very important at all ages!

Liz is a credit to tennis; not only putting in hours to  her students, but finding time to continue her development – from her trip to  South America with the Fed Cup, to the NTC organising mini ‘Fed Cup’  style competitions for girls, as well as watching and supporting her  competitive players!

A few random facts about me

If I’d not had a life of tennis I’d like to have written comedy.
No… seriously!

When I’m not on a tennis court, you’ll find me drinking coffee

I studied classical civilisation – playing in Egypt, I could see the pyramids from the courts!